We’re sharing this meeting summary to give you an idea of what we get up to each meeting. Join us each 1st and 3rd Wednesday of the month at York’s Marriot Hotel.

We all know what it is like to be busy.

Work, family, friends, accounts, deadlines, – I could go on.

Time is precious. It is one of those things you can never get back.

This makes every attendee at the meeting, brand new or experienced, very important.

In October 1923, John Harwood created the self-winding watch. On October 19th 2016, all of the people attending our Toastmasters’ meeting created self-winding motivation.

How? By making the time to turn up. You may not have been able to attend and that’s ok because when you do we all know, and want you to feel, how important you are, Everyone is there to support you on your journey.

President Adam opened the meeting on time and left us in no doubt that we were important. He thanked everyone for coming and promised us an action packed evening.

Toastmaster: Gillian certainly gave us an action packed opening asking us if we were fighting fit and full of energy. She encouraged everyone to ‘have a go’ to try things out. After all, our meetings are a safe place to be. It’s the place to see ‘a sea of supportive faces.’

Timekeeper Maria. This was Maria’s first time in the role as Timekeeper. She gave a very clear explanation of the green, red and yellow cards making it easy for everyone to know where they were in their speeches. Well done. Great job.

Grammarian Kim  gave us ‘Infectious’ as our word of the evening. She said that as well as meaning the transference of disease it also meant the spread of laughter, smiles and good cheer. Kim’s explanation was excellent and her feedback at the end of the meeting was unbelievable showing that she has a very observant eye and listener’s ear. Well done.

Ah Counter Josh amused us all by teasingly fitting in the word of the day by talking about the radio and saying ‘This is infectious’ The groan of appreciation from the audience showed their approval. As well as Ahhh’s he was also keeping a tuned ear for anyone using crutch words – the so’s, ya know’s and uummm’s that can litter our speaking. Josh said that it had been a good evening because there were few crutch words used. His comments were delivered in a very encouraging style.

Speaker 1: James’ speech was entitled ‘A Shakespearian Tragedy in 400 acts’ . His viewpoint was that Shakespeare is like a ghost that has haunted school children for years and that’s because of the way it is taught. Musicality has been lost. The aim of James’ speech was ‘Vocal Variety’ and this speech certainly showed James at his best. He demonstrated the musicality of the line ‘To be or not to be, that is the question’. The meaning of the line changed according to where the emphasis was placed. To BE, NOT, THAT and even changing the statement of the line into a question. He finished by saying that musicality is the powerhouse of Toastmasters.

Speaker 2: Jenny’s speech title was ‘The Accidental Genius’. She gave us many quotes from famous people stating what they believed made a genius. It could be intellect, 10,000 hours of practice, genetic propensity, creative ability. However, Jenny felt that genius wasn’t so rare and unusual but that we were all geniuses in one way or another. That genius we possess could be useful or not so useful. We could be a genius of always being late, never finishing work on time, always worrying. We could be a genius because we could relax and feel positive. A very interesting and thought provoking speech. Maybe ask yourself – where does your genius lie?

Speaker 3: Hugo gave a speech entitled ‘ Our First time’ What a wonderful opening to a speech. Hugo took us on a chaotic travel experience with John who was actually his wife Jean. He painted a wonderful verbal picture, very descriptive and full of humour. Their experience in the school was their first time and you would believe that that it would be their last. However, the generosity of their hosts and the joy of their experience meant that they did return. His speech ended with the delightful image of petals falling from an unfurling flag.

Evaluator 1: Helen not only gave James feedback on his speech, she also demonstrated her points. Helen has a very keen eye and so she was able to show James how to improve his speech. Her listening skills were also brought to the fore as she praised his vocal variety. The ability to actually demonstrate the points you are making is very valuable and increases the usefulness of feedback to the speaker.

Evaluator 2: Josh made very valid observations of Jenny’s speech. He always delivers feedback in a warm, caring and constructive way. He not only spoke directly to Jenny but also to the rest of the audience. This is a great way for us all to learn. Josh has a wonderful sense of humour that he sprinkles throughout his comments thus enabling the receiver of the comments to relax and hear what is said.

Evaluator 3: Michael has that geniality of a great host. His very presence is a welcoming one. His smile is infectious and his feedback ‘spot on’. He opened with a question – ‘I love a title where you wonder -what is it? What is it?’ As the aim of Hugo’s speech was ‘your body speaks’ Michael gave wonderful, exaggerated examples of how to use your body during a speech. He showed extreme fear, extra effort gripping a steering wheel and many more. A thoroughly entertaining and useful evaluation.

General Evaluator: Lynn explained that everything during a meeting is evaluated. The feedback you receive and you hear others receive is where you learn to develop and improve your own delivery. Lynn gave such a comprehensive overview of the meeting that she ran over time. No surprise there!!!

Table Topics Master: Praful began by using the word of the day. Fantastic. The theme for table Topics was ‘If I were…..’ or ‘If I could….’ There were several ideas written on slips of paper and each person had to choose one.‘ Adam was to talk about time travel. He said it’s better to stay where you were. The past was too dangerous and the future is ‘pregnant with possibilities’ what a terrific phrase. Michaels’s super power was to be the Fun Man. I think he’s there already. Brian, our guest talked about bringing back Guy Fawkes. Well done Brian for taking part on your first visit. We discovered that we had a past athlete in our midst when John spoke about his early running achievements. Well done to everyone. This was a very good theme to choose. Well done Praful

VPE: Kay asked everyone to sign up for roles for the next meeting

On October 19th 1879 Thomas Edison demonstrated the electric light. On October 19th 2016 York EbOrators’ members shone brightly with fun, laughter and admiration for all who were there.

Let’s keep shining our light so that others can see how important they are. And shine brightly in order to see our own unique radiance

The next meeting is November 2nd. Come along, invite your friends and have a great time. We can all use a guiding light at times. * PR – Vice President of Public Relations.

Meetings are every first and third Wednesday, at the Marriott Hotel, Tadcaster Road, York YO24 1QQ.

The meeting begins at 7.00pm; we suggest you arrive at 6.45 for networking and to sign in. FREE of charge to visitors.

Every first and third Wednesday 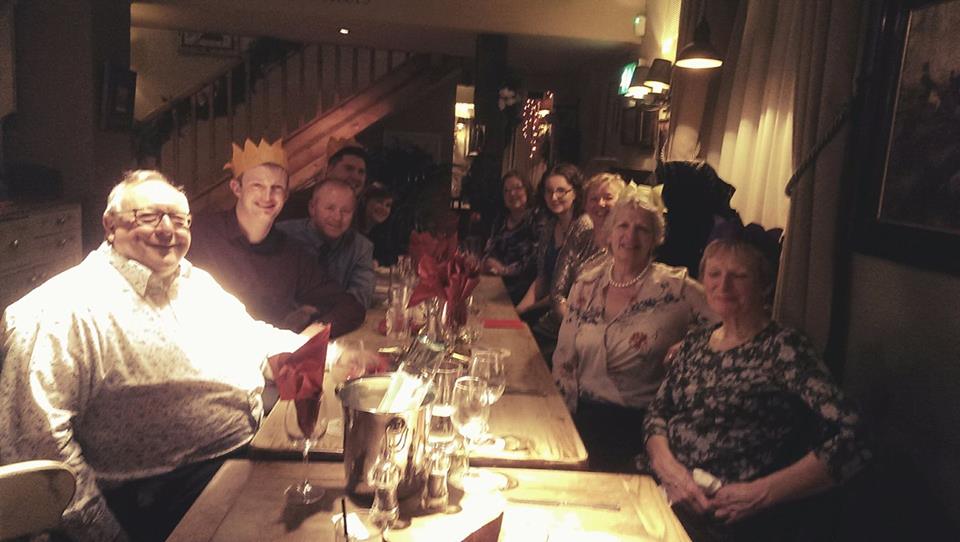